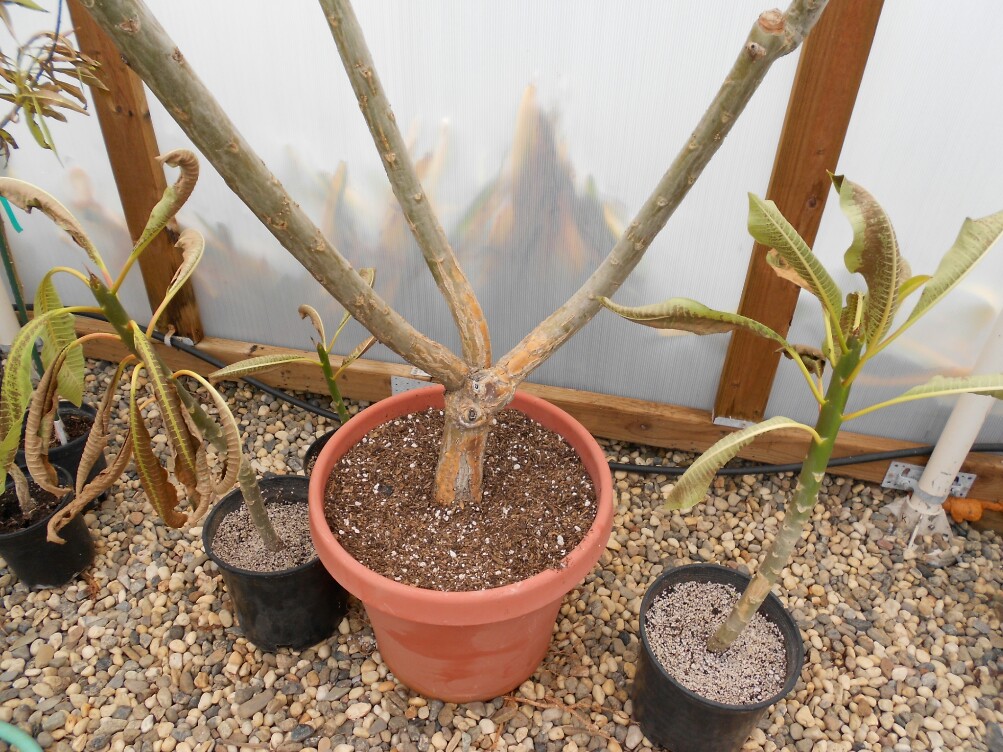 January of 2013, the same three tissue cultured plants which are shown in the below images. 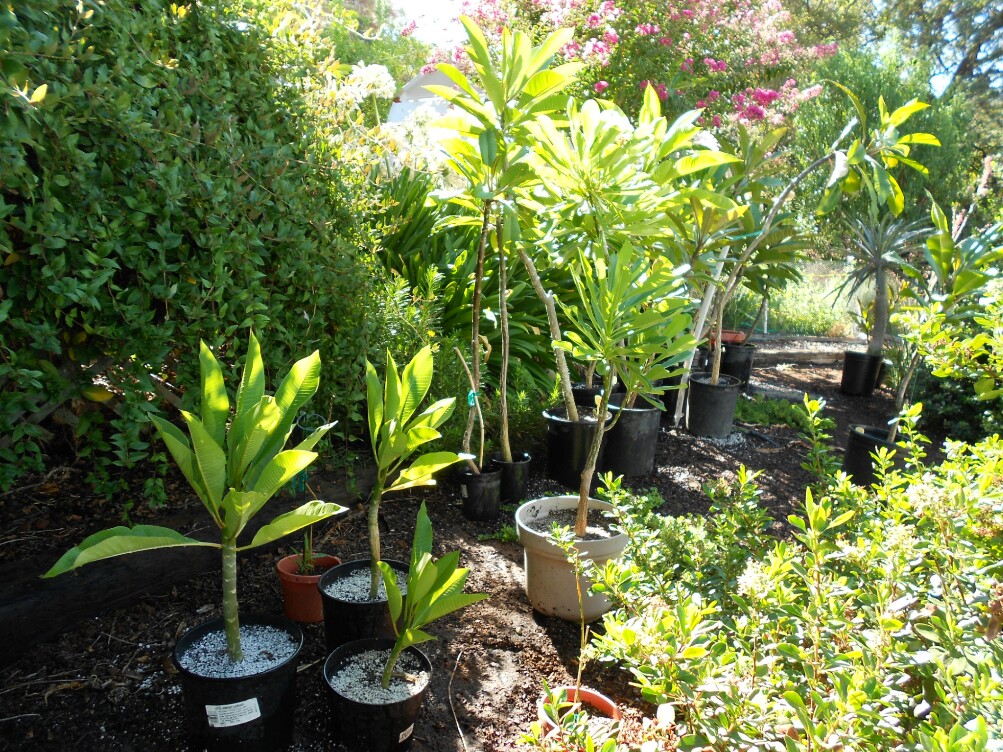 The above image demonstrates the amount of growth the below tissue cultured plants had from January of 2012 to the summer of 2012. 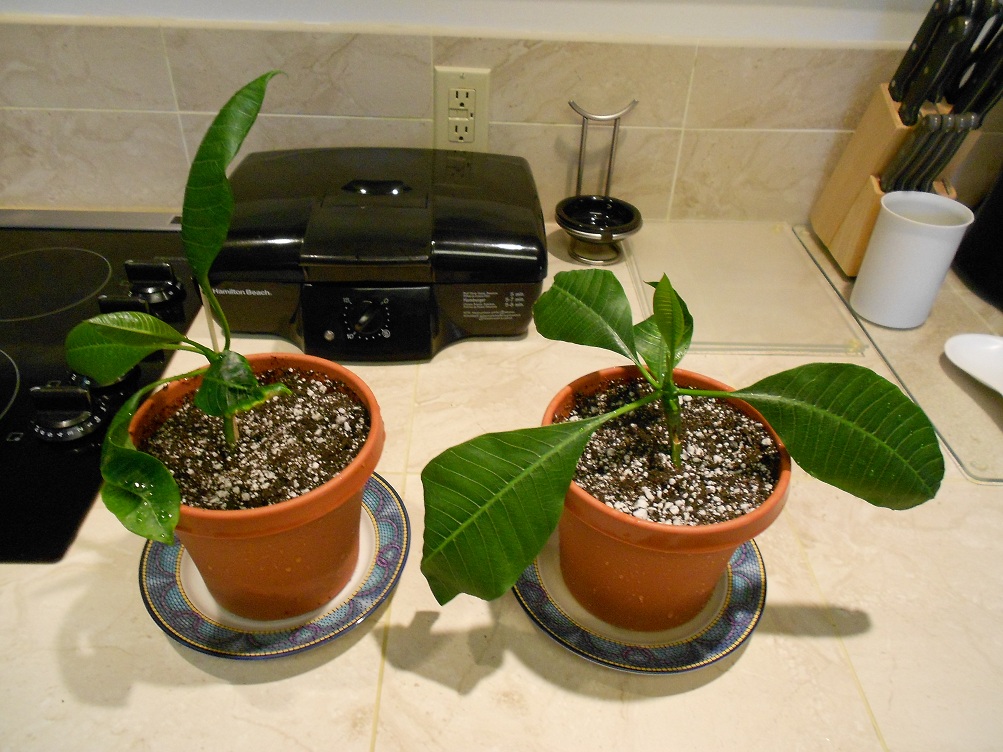 Two ex vitro plants just after potting up and ready to go back to the grow cabinet.  As the leaves are rather large for their small size those leaves had no place (during various stages) to grow and some show deformations. 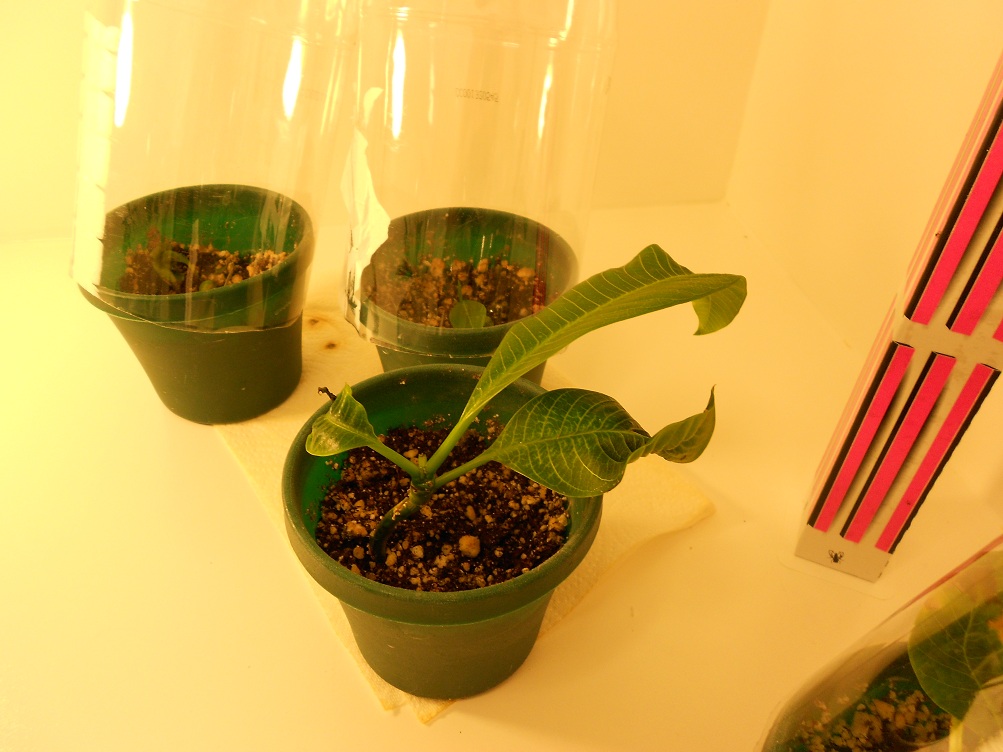 Top removed and the leaves are just starting to show how large they are going to get.  The above image shows where they are maintained which is an area in the house where the mites are not welcomed.  Various deformations are the result of confined quarters.  Florescent lighting is used in the grow cabinet. 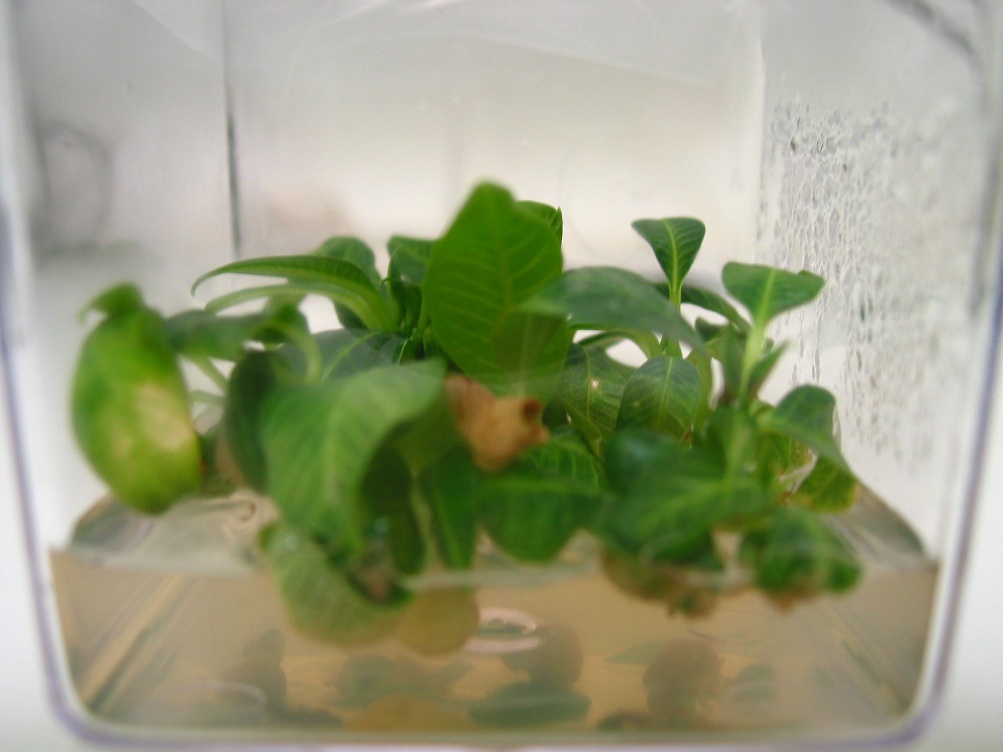 An example of P. rubra adult tissue which has been cloned from one meristem and shown on the mix page.  It continues to grow and replicate well upon the media.  This is the common yellow whose blooms can be found on this page. 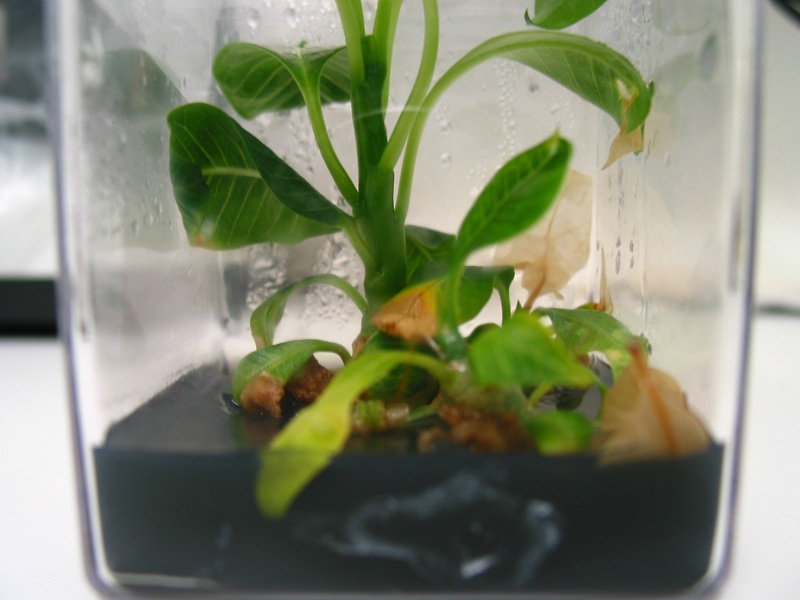 Step 1 to ex-vitro - Rooting media augmented by charcoal.  No gellan gum is used for rooting. 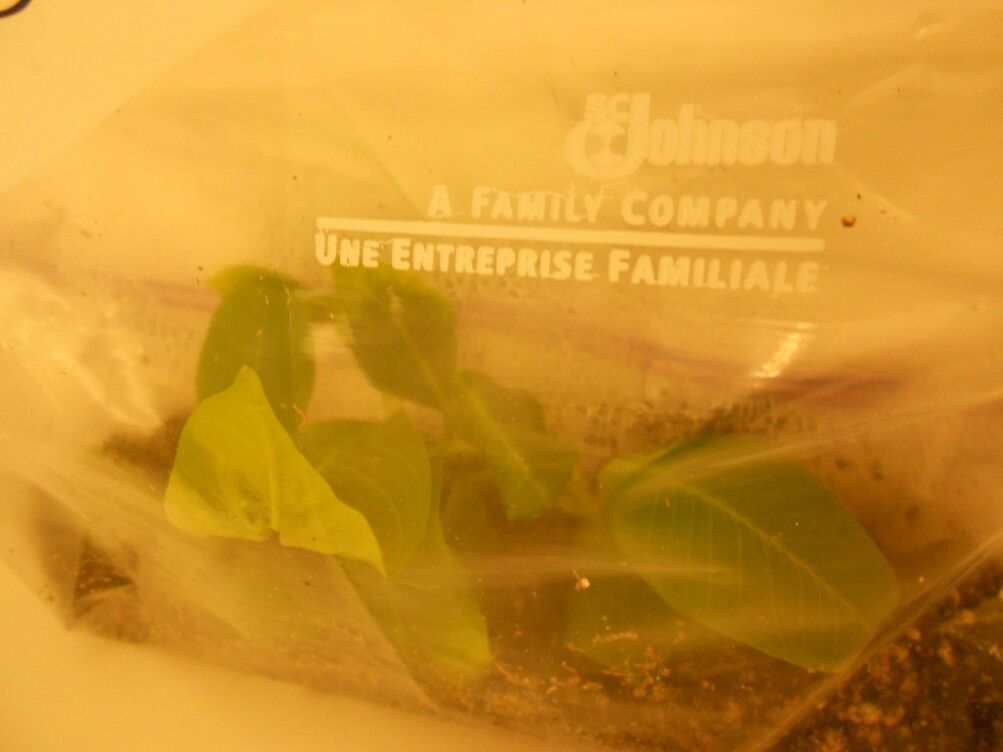 Image 12-11-11 - Step 2 - Placement of rooted plantlets (occurs in the transfer hood)  into a sterile baggy with steam sterilized potting mix.

This is allowed to sit under florescent lighted conditions for approximately a month and thereafter placed into pots (in the kitchen, sans transfer hood) to begin their lives as actual plants, although still being tenderly cared for.  At all times through these processes, sterile forceps and scalpels are necessary, to avoid contaminating the still tender plants. A note about the steam sterilized potting mix I use.  As I've observed, there must be a sufficient amount of moisture within the potting mix prior to baking in order to efficiently clear it of unwanted organisms so, therefore, steam is essential, whether created during the baking process where the moistened soil is enclosed within foil, or in a steam box specially constructed for such purposes. 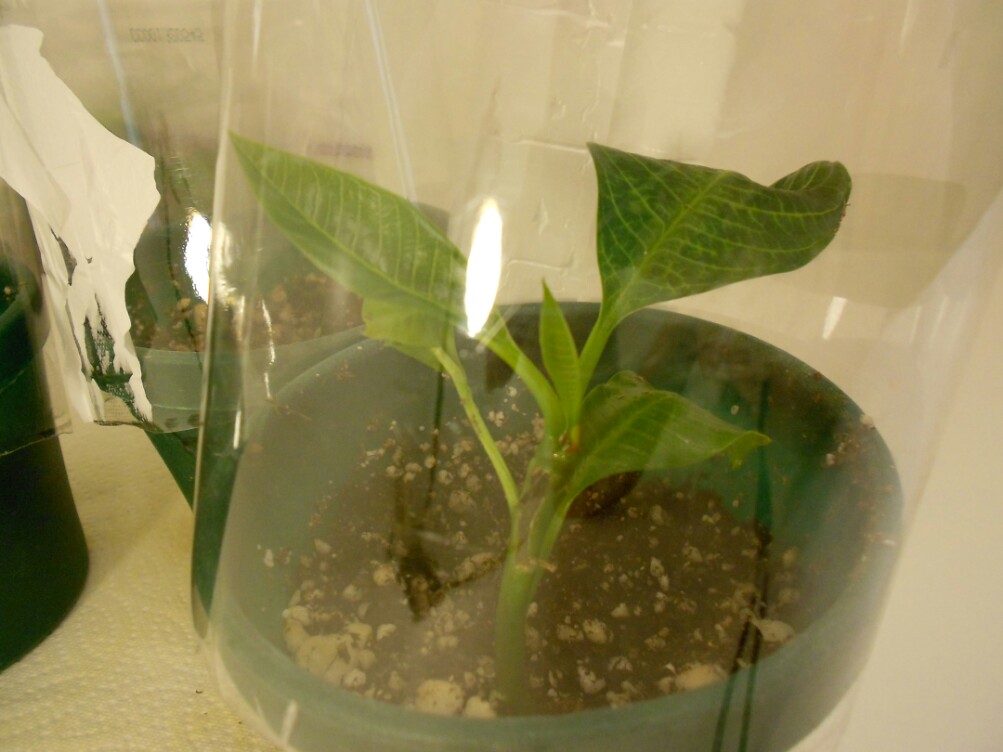 After about a month the terrarium (trimmed and top removed, soda bottle with 1/8 inch holes drilled in bottom) environment is no longer needed and they will grow as plumerias do, fast and vigorously.  The two newest leaves on this one have elongated since placement into the pot, approximately three weeks prior to the image.  Note the absence of any fungal growth, even upon the dead tissue section (front and center) of a bit of stem surface scarring plus a bit petiole left behind after trimming a leaf which didn't look so good during placement.