If you have checked out the spring images of this Rainbow plant being picked on, then you have an idea of how the year started.  I provided the plant some initial protection by treating and allowing a few leaves to normally develop prior to the mites roaring back and having high population numbers.

This plant has remained under controlled conditions inside, at a constant temperature and humidity level (dry).  The mites have had no competition from other insects nor pressures from microbes.  After the plant formed four or so normally developed and expanded leaves, it continued to produce leaves but none of those expanded to their full potential and all abscised off, some taking longer than others.  Although the mites fed heavily upon the fully expanded leaves and did create bronzing upon those, those leaves remained on the plant until I cut them off on October 12th, 2005, so I could ascertain whether they were indeed having an effect upon the mites' feeding at the tips.  Indeed, on the 13th of October the tip closest to where those leaves were started weeping the clear liquid, and demonstrating the Black Tip Condition or is it?  The mites were feeding but causing much damage?  As of November 3, only the small center tip demonstrates necrosis, plus brown goo.  The other four tips are starting to weep but... dormancy may be fully set which, from this past winter, means that may be it for the season.  Dormant plants and their tips, if last winter presented correct data, are immune to the mites?  Check back in a few weeks, by Thanksgiving, to see if that is the case. 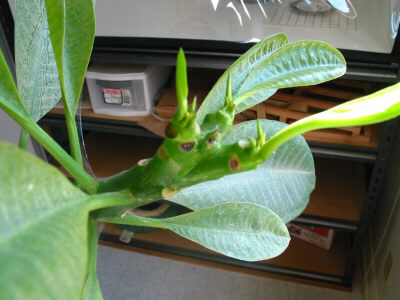 This image was taken on September 7, 2005 and shows some of the fully expanded leaves, some of the leaves which did expand by were deformed, and where other leaves, although forming, soon dropped.  The plant did attempt to produce a bloom cluster which "melted", nubbing instead of forming normally, and then branched, producing three large tips, plus two others, one just beside where the bloom cluster nubbed. 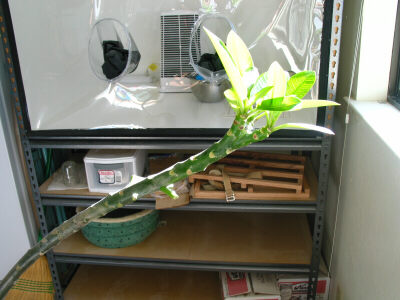 This image was taken on October 14, 2005, two days after cutting off the remaining four fully expanded leaves.  Petiole sections remain, approximately 8" down from the tips. 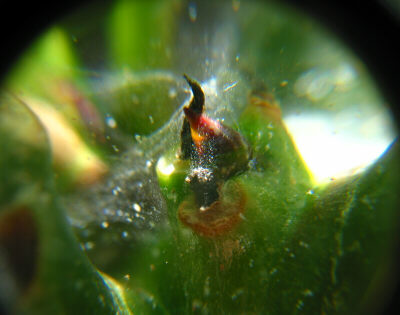 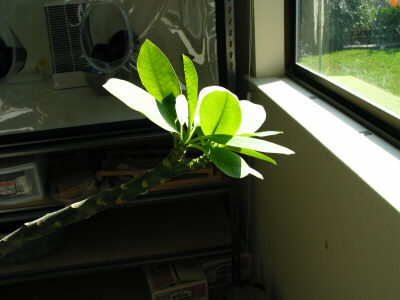 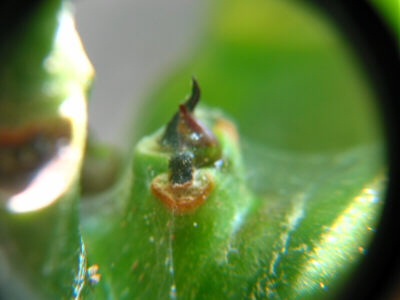 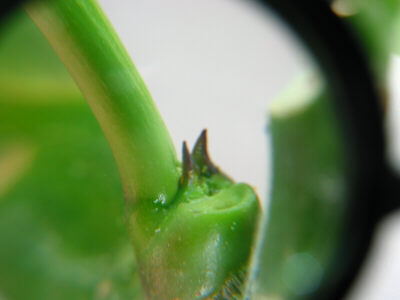 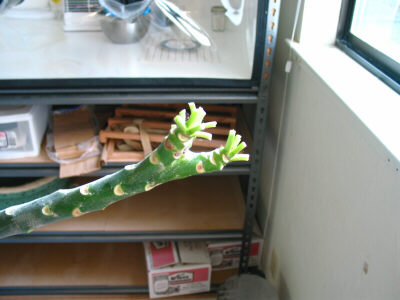 Because I am running out of time for the mites to do their stuff with the outside temps now beginning to cool off at night, thereby presenting the need to bring in other plants which are now mite free, I removed the remaining leaves to see what happens and see if this allows them to work faster upon the tissue, as they do when the plants don't have any leaves early in the spring. 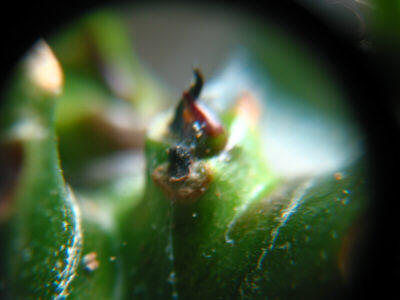 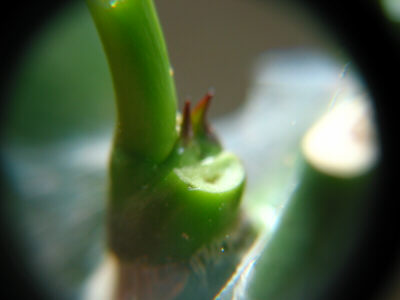 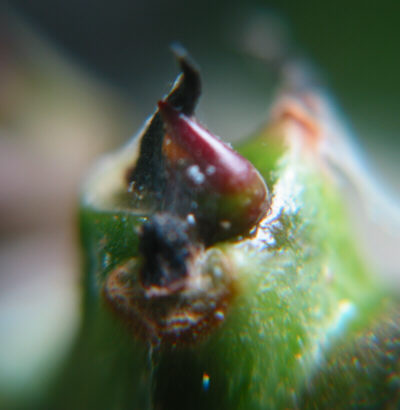 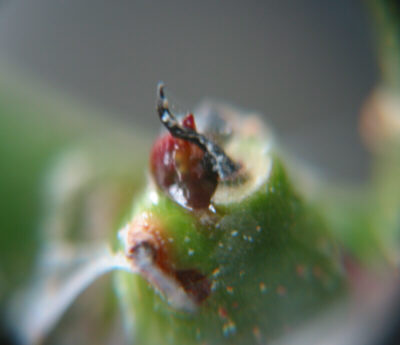