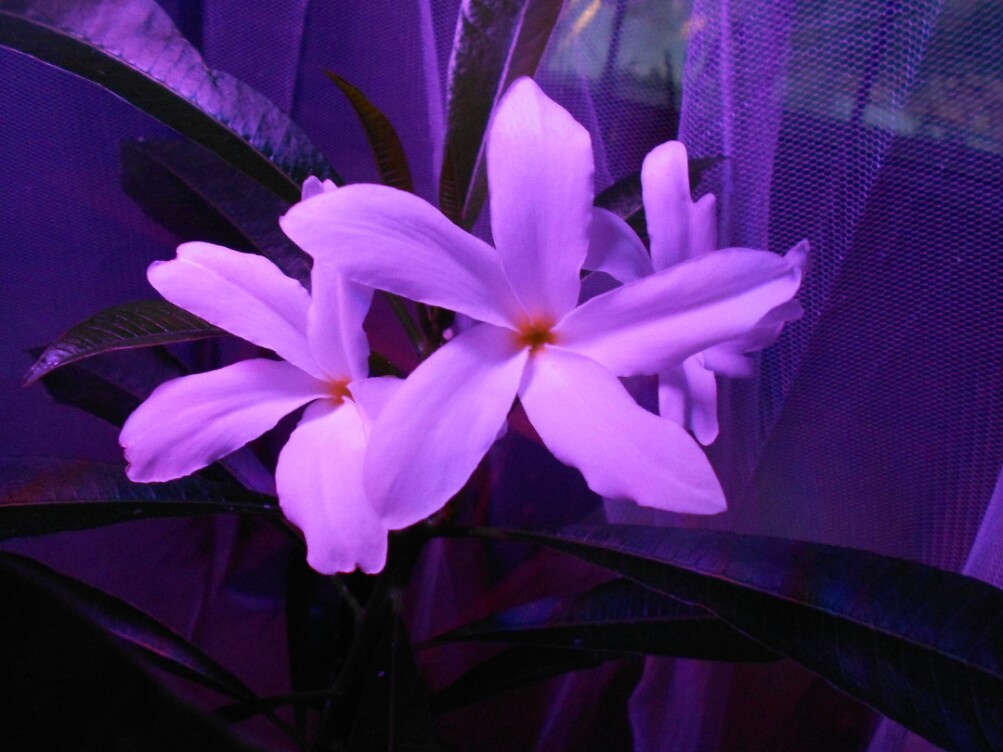 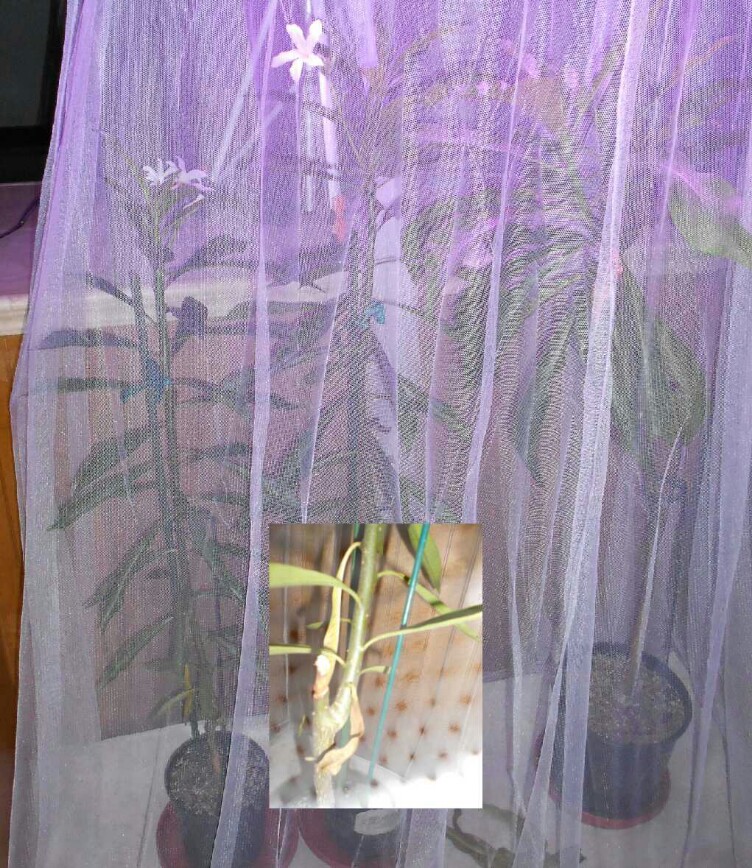 Although shorter than clone 1 which is in the center of the above image, clone 2 has just recently opened its first blooms too, the first two were irregular due to injury, while the third is opening and elongating in a manner which more closely matches clone 1 for this embryo.  These are only two of multiple clones of embryo 2 which have been rooted and introduced ex-vitro which are more numerous than those of embryo 1, which is no longer in culture.  The inset demonstrates where the shoot for these two bloom clusters started this season, after the plant had suffered from stem rot while in the greenhouse over the 2010-11 winter.  From origin to blooms is approximately 29 inches.  Its sibling next to it had an almost equal amount of growth, too emerging from a stem rot condition.  This is also the embryo upon which an inchworm was entrapped for a short period of time in the mesh bag shown on the inchworm page.  The mosquito netting enclosing the three P. x stenopetala clones is there so that an emerging moth (now in pupation) will be able to avoid being eaten by the cat and should have no problem finding food, nectar/sugars from emerging blooms. 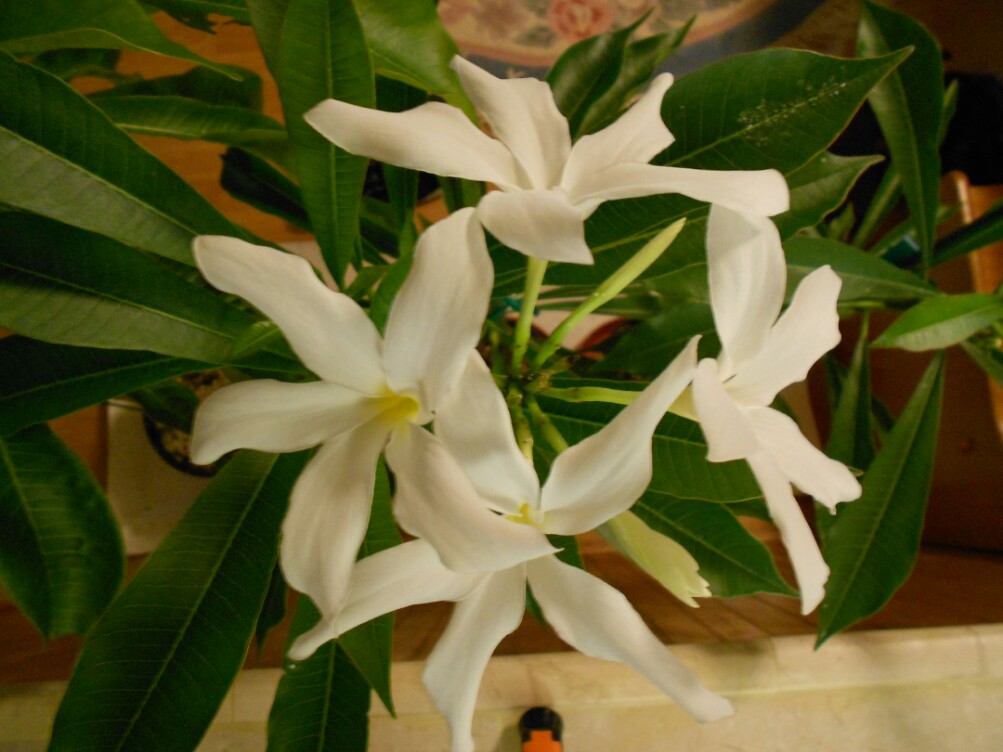 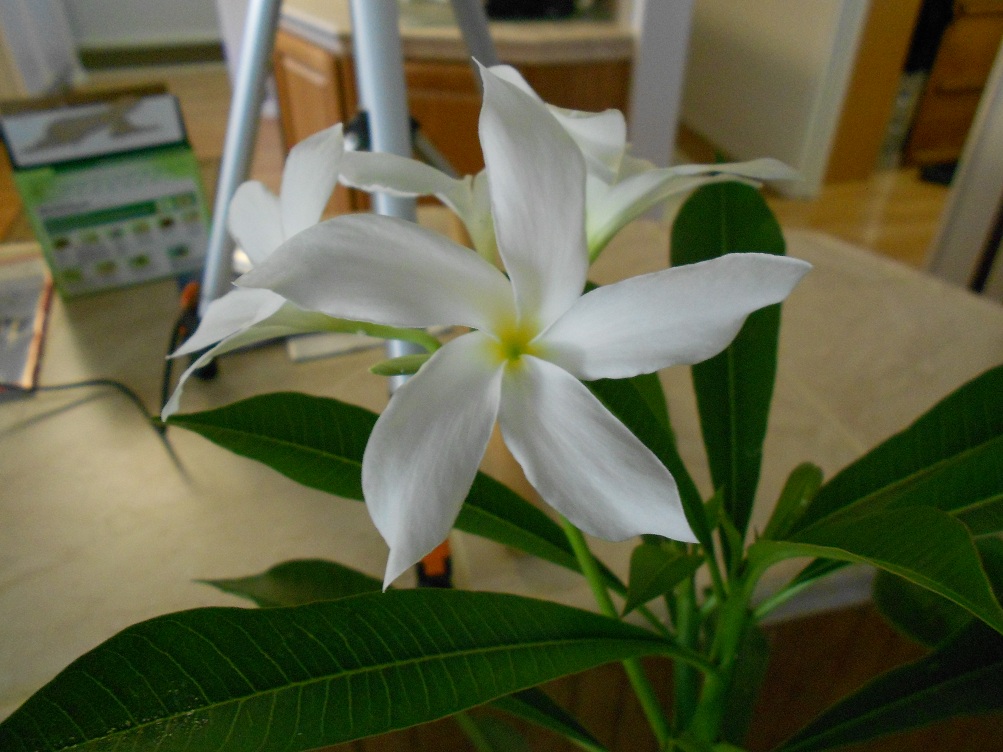 Third bloom and further ones off to the sides.  Bug bomb in background...  Mites in another part of house with other P. x stenopetalas.  These plants unfortunately incur damage very similar to P. rubra, although P. obtusa appears to be mostly immune?  Sixspotted spider mites and they migrated six or so feet from the P. obtusa to still tender e2 clones and demonstrated why I really need to use a chemical treatment when bringing those who were outside indoors, and not use an insecticidal soap treatment, which doesn't kill mite eggs.  As there were no wind currents in the location of the affected plants and therefore could not "fly", they walked the distance to the only other green things in the room, across a level surface to them. 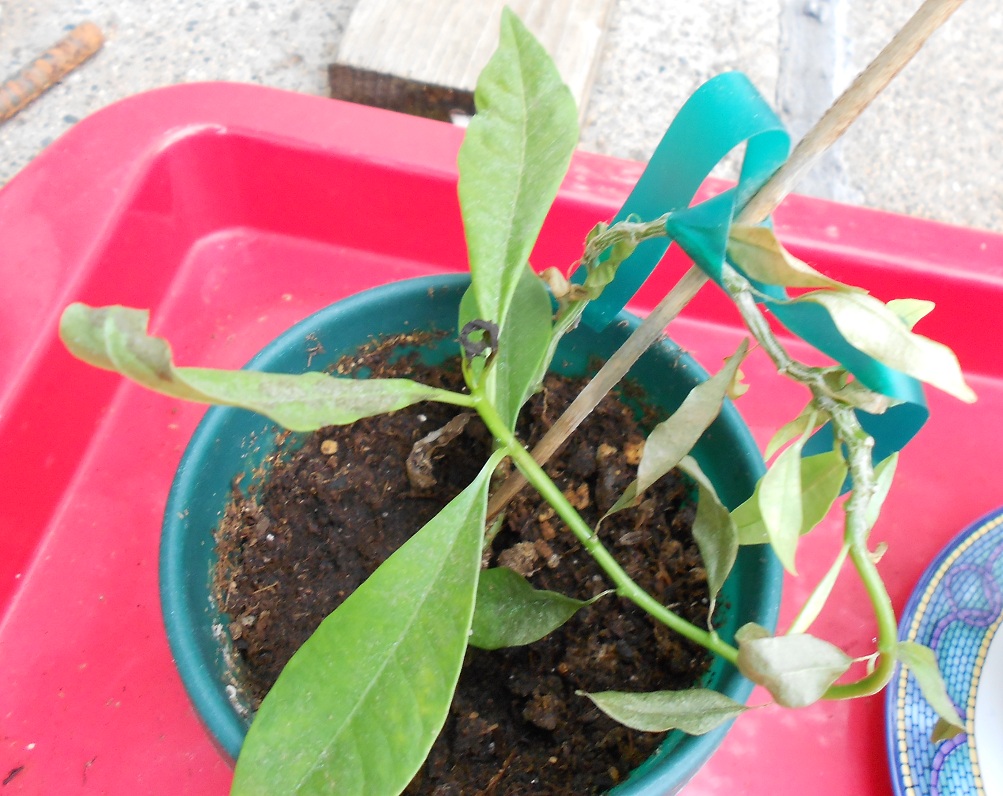 The "black" damage on an e2 clone occurred at the tip very fast, which is par for the course with these mites and certain conditions (direct exposure to sunlight of newly forming tissues which have been recently damaged - they turn black).  Since the blooms come from the tips of these plants (I know poor little thing all curled about), with the sixspotted spider mite the probability of getting a bloom to form is pretty close to zero from observations.  Black dead tissue just doesn't produce these lovely blooms. 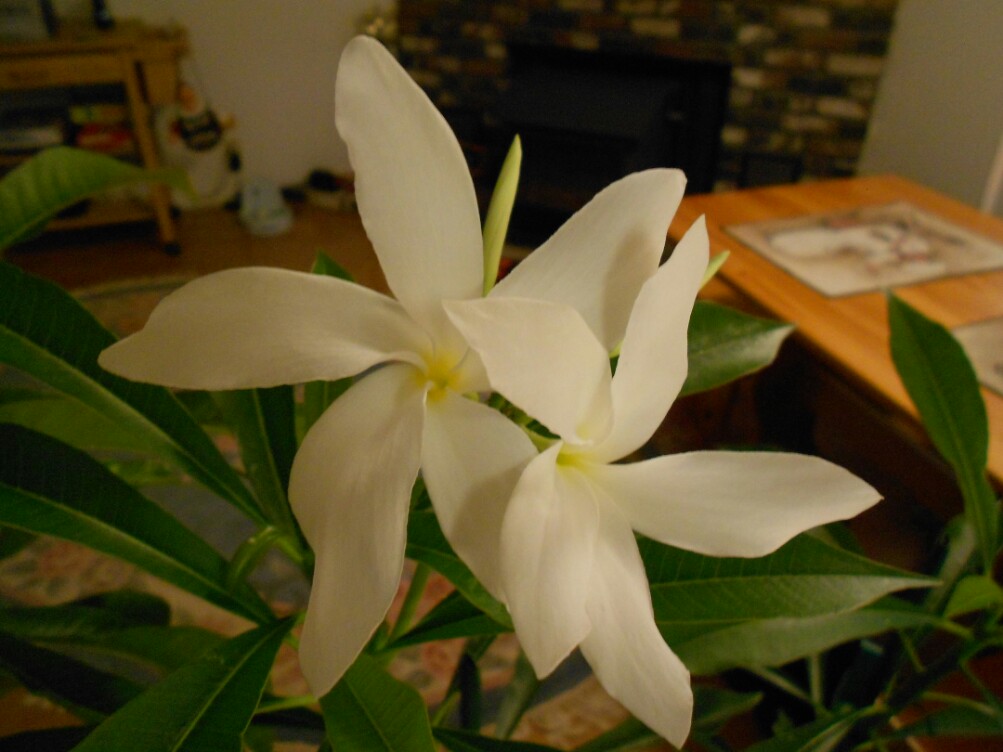 To me it appears like an elongated version of the bloom below, presented for comparison. 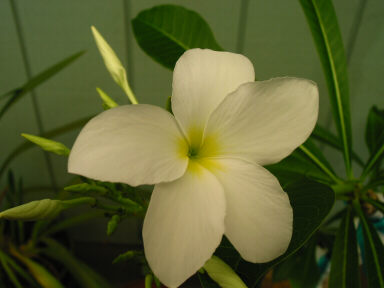 P. stenophyllus which unfortunately did not survive conditions presented to it, after struggling to root.

Searches on the net results in two styles of blooms for P. stenophylla/us. 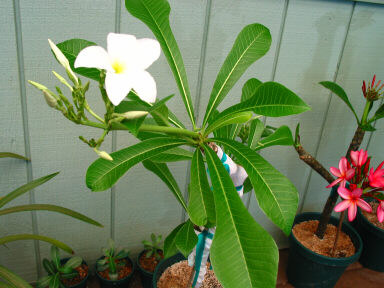 This image shows both it and a Moragne No. 9 which perished as well.  Both struggled to root and should have been maintained indoors for the first winter. 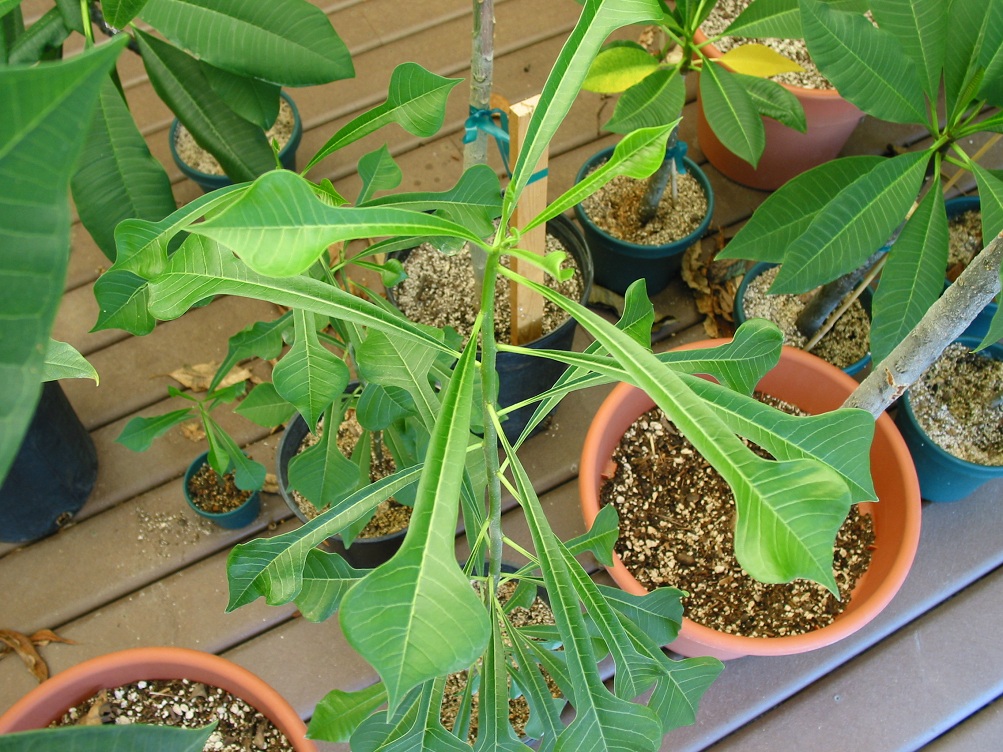 Another which also perished (winter greenhouse conditions not favorable), a P. pudica.  Interesting that the above P. stenophyllus has a bloom which matches P. pudica (although definitely does not match in stem girth as it is much thicker), while other examples of blooms found on the net for P. stenophylla (us?) are much different, with thinner petals, which demonstrates the variability even within species, not just within hybrids as the two embryos of P. x stenopetala most definitely show.  Very interesting also to see how the stem girth of P. pudica and P. x stenopetala are most similar.