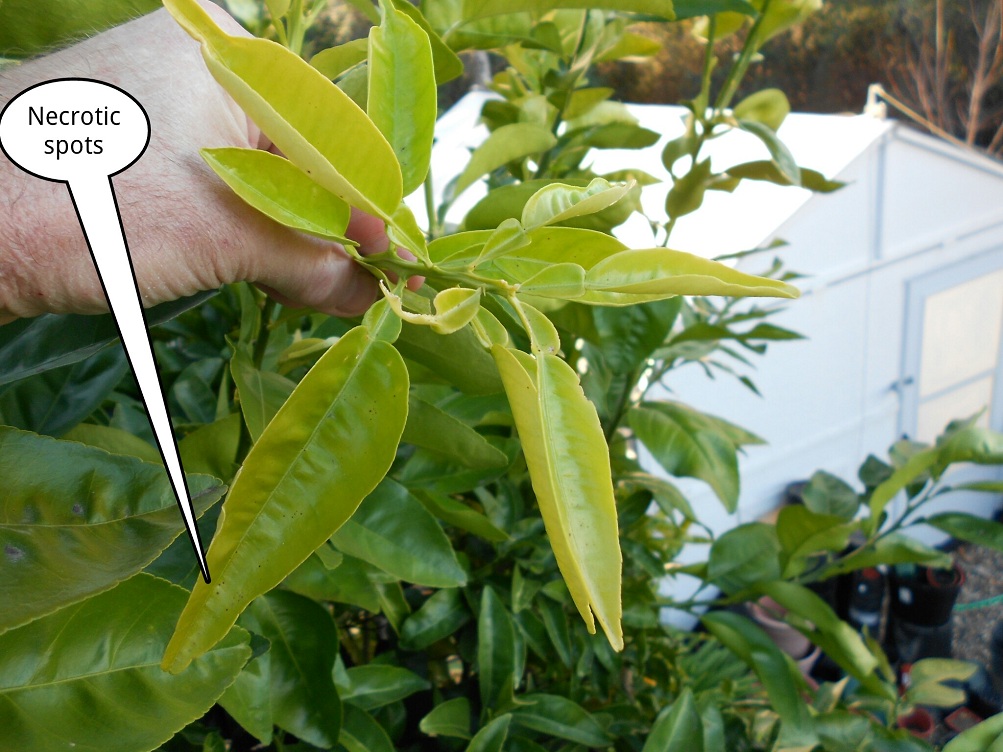 This image was taken from the top of the canopy and shows leaves which were formed/elongated (late season growth, second push) after treatment with the home-made insecticidal soap, which occurred just after fruit set.  Although it did a fairly good job of controlling this year's mite population (and eliminating almost all the fruit on the tree for the year), a second treatment early the fall would have helped.  This year is not unique with them at the top of the canopy and is something which is interesting also about these particular mites in that they do appear to go to the top of the canopy, as is being observed in the mite tent and the trap plumeria plant with its upper elongating leaf showing signs of infestation yet leaves emerging simultaneously on a lower branch are yet to be "picked upon".  As populations upon the plumeria within the isolation tent increase, that will most likely change. 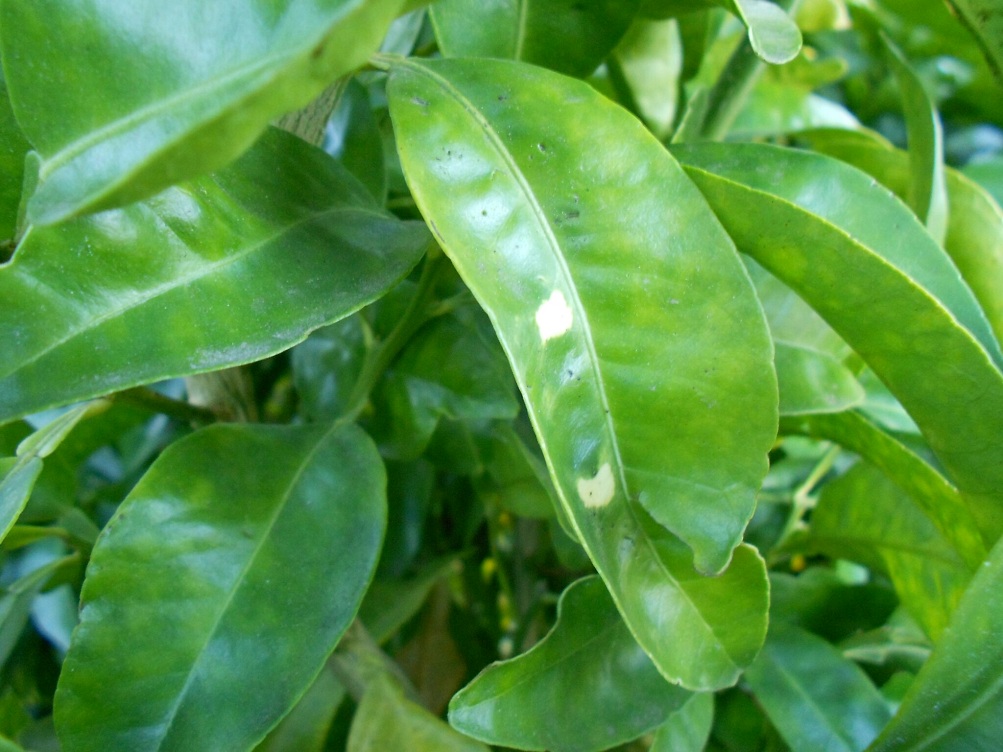 Still fairly high up in the canopy showing discoloration and necrotic spots.  The lighter green areas (mottling) on the leaves is a response to the home-made soap. 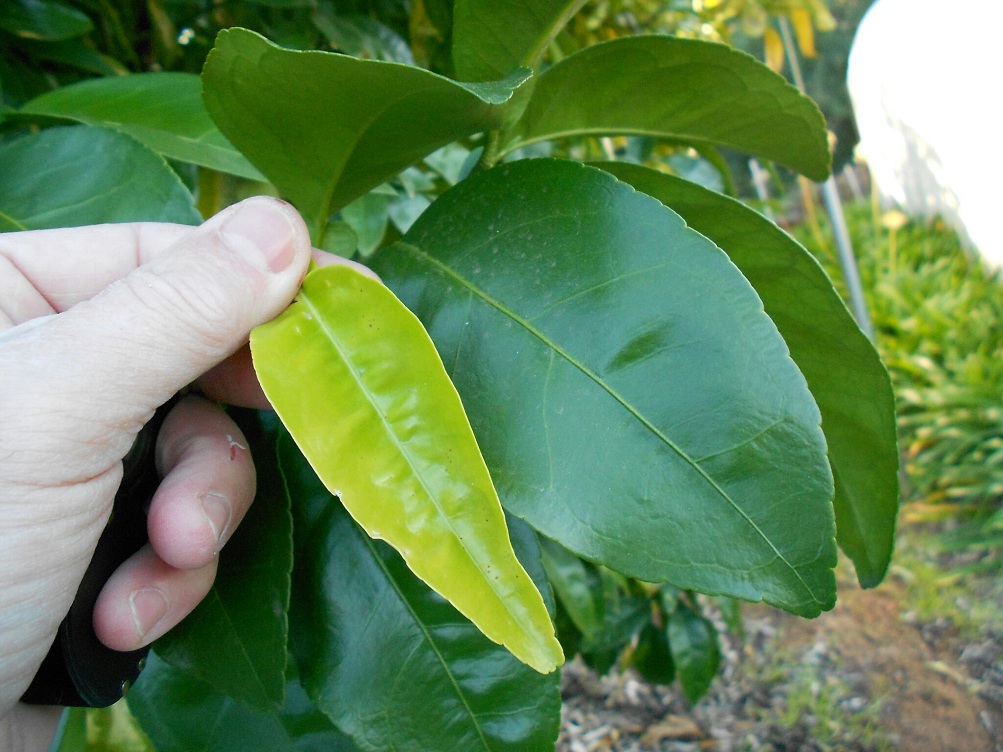 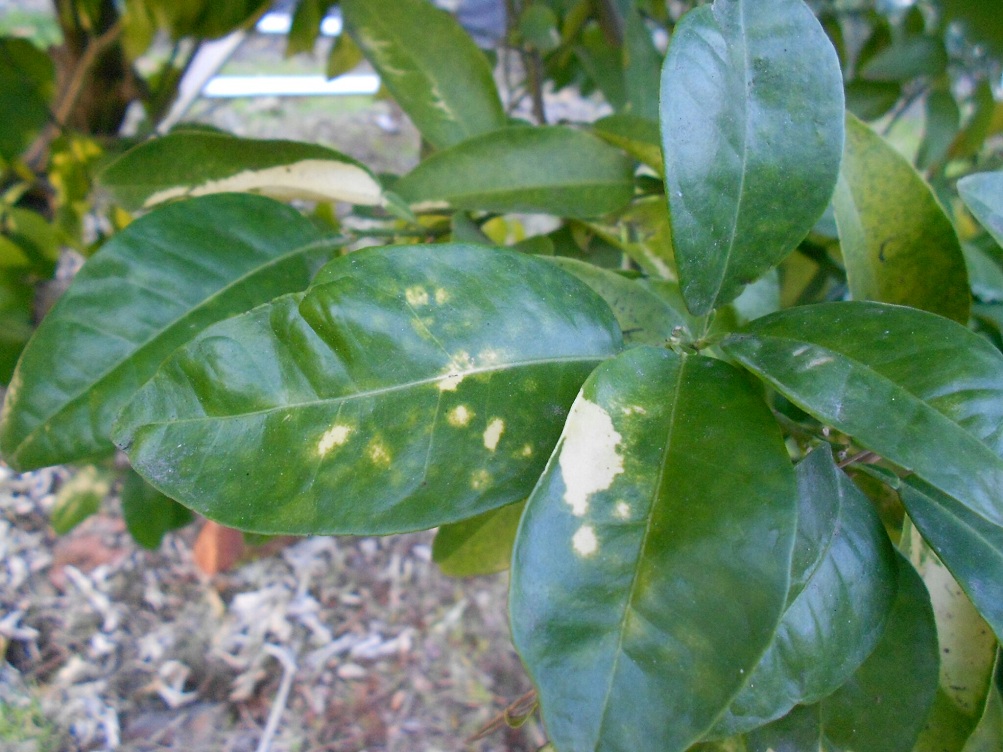 The above image shows some of the damage caused by the home-made soap which can cause confusion when diagnosing these things.  The leaf in the background (half white) is more than likely from the mites and represents the "nutrient deficiency" problem I've been chasing my tail on and these trees are on a regular fertilizer schedule of citrus food, not organic.